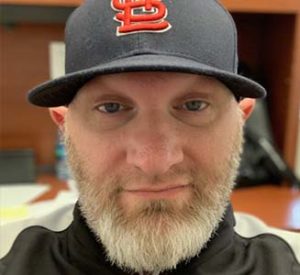 Coach Jason Spencer has played, coached and been involved with baseball for over 30 years. He has been a part of some very special teams and opportunities.

His baseball playing days started in the Hillcrest WBBA youth league in 1978. As he progressed through his years he moved on to high school where he played at Hillcrest High.  While attending different camps he had the chance to have hitters like Milt May, Hal McRae, and Don Baylor.

During his junior season, he transitioned from shortstop to catcher and found a whole new level of opportunity. He attended a camp that was put on by the California Angels in 1991. This camp exposed him to college, university, and professional scouts and coaches. The opportunities this brought on were a true blessing. The Milwaukie Brewers and Montreal Expos showed interest in his abilities.

An injury his senior season changed the path he would travel. He was still involved but the injury took on a couple surgeries and did just enough that he decided to pursue other adventures.  Since then he has coached and made it a point to share his knowledge with young baseball players. A goal of his is to make sure that these young players learn the game and love it as much as he does.