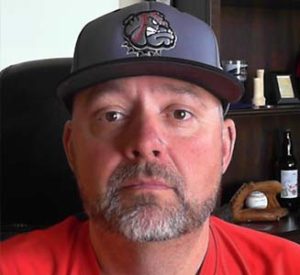 As a Catcher, Third Baseman and DH, Brad played American Legion Baseball in Wyoming for the regionally known Casper Oilers from 1980 – 1983.  Post his Legion days he played for Hutchinson Community College in Kansas who are a notable NJCAA team within the Jayhawk Conference and a repeat qualifier for the NJCAA World Series in Grand Junction, CO.  After his playing days, Brad has the following coaching experience:

Brad started Club Hardball in the summer of 2012.  With his oldest son away in the NFL and his young daughter and son just getting started in sports, he wanted to give back to the community and make it a family journey.

Professionally, Brad works for Microsoft Corporation (1999 – present) as a Director within the Incubation Division.  Zane has since retired from the NFL and with his wife Meredith have twins, Leighton and Luke.  Jill continues to be the Athletic Director and shuttling both Kylie and Kaden to practices and games for Soccer, Volleyball, Mountain Biking and Baseball.  Brad asks for anyone to “stop by and visit with us at the Dog Pound… our door is always open.”